Despite the iGaming industry being competitive and fast-paced, new free slots online no deposit game developers are constantly emerging. Why? Because although the industry is difficult to find a foot-hold, it’s extremely lucrative. The companies that find success are able to release new slots games in order to challenge the big hitters and the consequences are that there’s a content overload. Nowadays, there are genuinely thousands of options for anyone seeking to gamble online.

Focussing just on slots games, the variety on offer is staggering. There are countless different themes of slots games ranging from fantasy, to action, to historical, to sporty, to musical, to horror, right through to slots games based on famous TV shows or film franchises. Whatever theme you’re looking for, you’ll find it somewhere.

So how do game developers find a foot-hold?

Having established that content producers and game developers need to find a foot-hold in an extremely competitive market begs the question: How?

With so much content available, how are new start-ups supposed to make a ripple in the ocean?

The trick is to be exciting and innovative. The gaming industry is evolving at a staggering rate. Online slots games are getting better all the time. However, many of these games are very similar or can seem the same. They don’t always differ enough in gameplay, volatility, or theme.

These are the games that stagnate the market, putting increased pressure on other gaming companies to keep the content moving forward through innovation and sophistication. Consumers are generally pretty savvy and will appreciate novelty when they see it. If something is different, and stands out, it’ll thrive.

But are there any games producers out there who have mastered this?

Ever heard of Yggdrasil?

Yggdrasil has been providing online gaming content to some of the world’s leading gaming operators since 2013. They pride themselves on innovative mechanics and fantastic sound design and have over 100 games in their portfolio.

Yggdrasil markets itself as the most innovative games producers in the industry, constantly breaking boundaries. You only have to look at some of their most popular titles such as Jackpot Raiders, Vikings Go Berzerk, Valley of the Gods, Victoria Wild, Holmes and the Stolen Stones, Golden Fish Tank and Vault of Fortune to see the level at which they operate.

Are there any common themes in their games?

For a company like Yggdrasil who produce so much content, there’s always the danger of repetition. It’s vital to keep things fresh and avoid exploiting a theme or characteristic if it sells well.

What’s fundamental to consider is that simply releasing slots game after slots game is not the idea for a successful company like Yggdrasil. It has to be quality not quantity. It’s preferable to release two or three great games instead of ten mundane old ones that have been repackaged.

Therefore, one of the common themes Yggdrasil slots have is the recurring theme for introducing innovative gameplay mechanics.

The team at Yggdrasil tries to make the gameplay of its content as sophisticated as possible. Instead of simply hoping to win, Yggdrasil games are designed to make sure the player is fully immersed in the gambling experience. 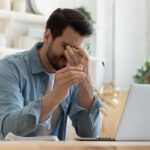